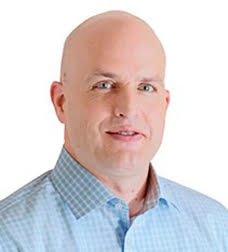 Ken acts exclusively for people who have suffered medical negligence. He helps patients to successfully pursue claims against doctors, nurses, hospitals, hospital employees, clinics and other health care institutions in Canada. Based on his track record at trial, Ken is frequently retained on complex or contentious malpractice litigation matters by other lawyers to act as co-counsel to take these cases to trial.
Ken has repeatedly been voted by his peers as a leading lawyer in the area of medical negligence in the Canadian Legal Lexpert Directory ®. Ken is diligently building a reputation within the medical negligence arena in Canada as a dependable lawyer, trial counsel, negotiator and personal legal advisor with a rare sense of reality. Regardless of the matter under review, Ken provides clients and other lawyers who may engage his services with practical strategic options to achieve the best outcome.

Ken has focused on medical malpractice actions since 2003. He has been successful at trial or negotiated settlement of lawsuits in most areas of medicine including:

In the earlier years of his practice, Ken worked at Canada’s first national law firm McCarthy Tetrault LLP defending doctors who had been sued for medical malpractice. This experience helps him strategize to position clients to their greatest advantage and achieve their best outcome.

Before becoming a lawyer, Ken was selected as an All-Canadian in both basketball and academics at University of British Columbia. After his university career he played basketball professionally in Europe for two years. His competitiveness and enthusiasm for what he does now benefit patients and co-counsel who may be faced with a difficult fight against well-funded health care defendants.

* Past results obtained are not necessarily indicators of future results and the amount recovered and other litigation outcomes will vary according to the facts in individual cases.